An extra-large espresso with an intense dark roast, full body and robust aroma. 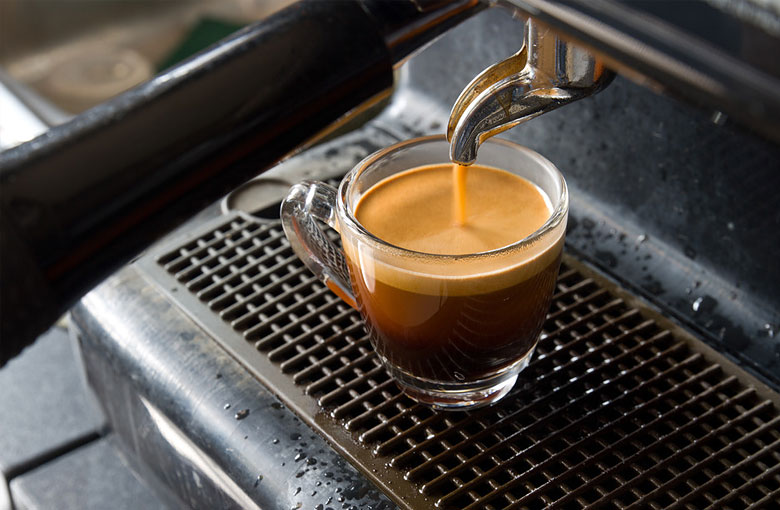 Café mocha takes its name from the Red Sea coastal town of Mocha, Yemen, which as far back as the fifteenth century was a dominant exporter of coffee, especially to areas around the Arabian Peninsula. Mocha coffee has a chocolate flavor. The cafe mocha was created to mimic that natural flavor.

Like a caffè latte, it is based on espresso and hot milk, but with added chocolate, typically in the form of sweet cocoa powder, although many varieties use chocolate syrup. Mochas can contain dark or milk chocolate.

Café mocha, in its most basic formulation, can also be referred to as hot chocolate with (e.g. a shot of) espresso added. Like cappuccino, café mochas typically contain the well-known milk froth on top, although, as is common with hot chocolate, they are sometimes served with whipped cream instead. They are usually topped with a dusting of either cinnamon or cocoa powder and marshmallows may also be added on top for flavor and decoration.

A variant is white café mocha, made with white chocolate instead of milk or dark. There are also variants of the drink that mix the two syrups; this mixture is referred to by several names, including black and white mocha, tan mocha, marble mocha, tuxedo mocha and zebra.